Amazon executives visited Miami again last month as they continue to narrow their hunt for a second-headquarters location, according to a source.

The source told The Next Miami that four people were a part of the Amazon team, with the follow up visit taking place in early September. Park West, a neighborhood within Downtown Miami, was included in the visit. There hasn’t been anything heard from Amazon since the September visit, the source added.

Amazon has further narrowed their list of 20 finalist cities, and is now said to be favoring a walkable campus already woven into the fabric of the city, a report in the WSJ last week said. That could be a problem for sites in Northern Virginia and Montgomery County, Md., the paper wrote.

The company believes that an urban campus within walking distance of housing and restaurants would help with recruiting, by offering shorter commutes and quick access to trendy neighborhoods.

According to the paper, follow up visits have also been conducted in recent months in Newark, New York City, and Chicago, while some cities like Raleigh haven’t had any follow up contact. In New York, the company checked out Long Island City, which is said to be gentrifying.

Amazon is likely to try to keep their search secret for as long as possible so as not to tip off competitors or speculators who may drive up real estate prices, a consultant told the WSJ. The company may even negotiate near-final deals with several cities before selecting one, so as not to signal their choice prematurely, a source told the WSJ. 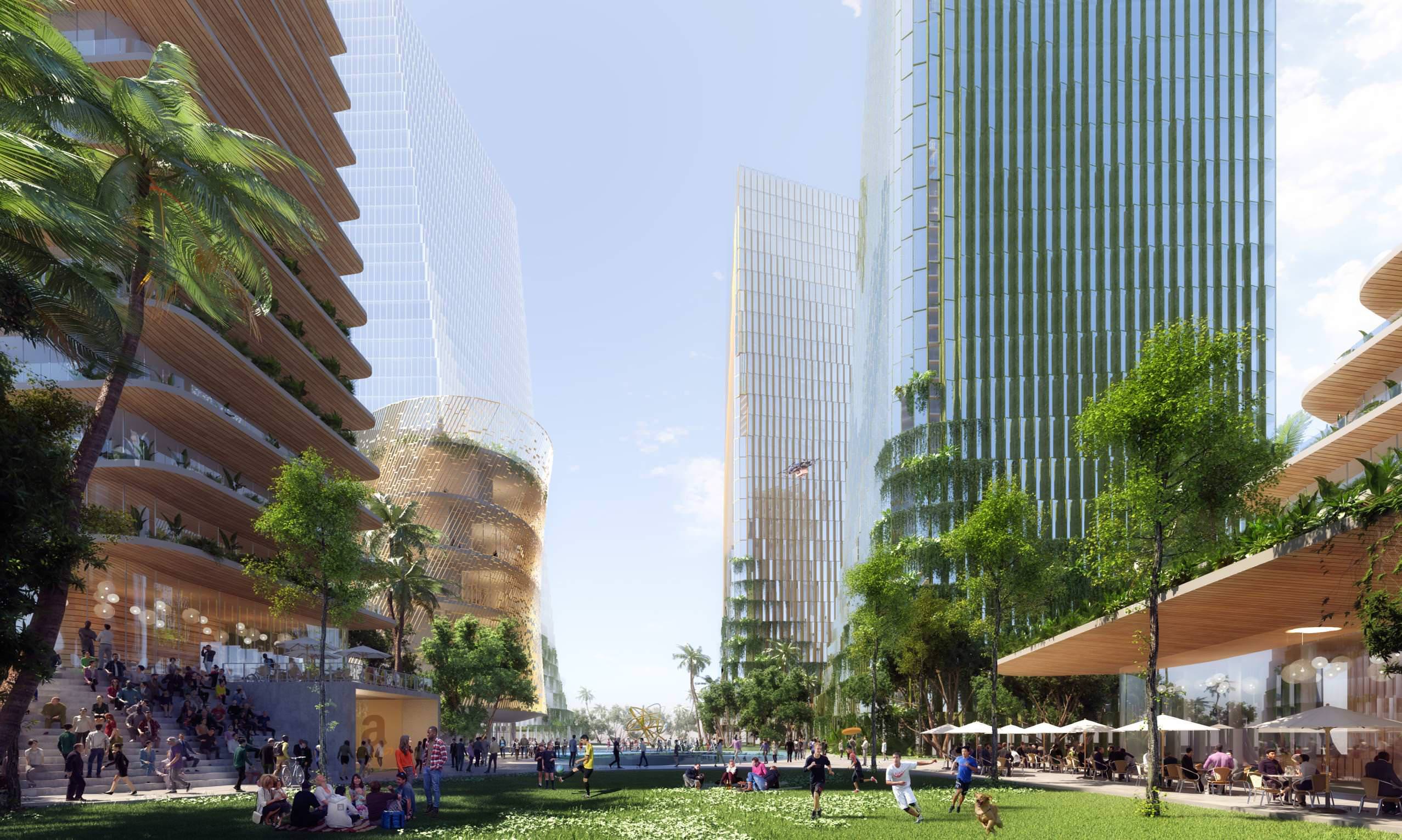 Source: The Next Miami